What is it like living in Louisiana? Without a doubt, the city that comes to mind for most who think of the state is New Orleans. But before you go looking into New Orleans Houses for Sale, take a look at the following to get a sense of what it’s like to live in the region.

Let’s get the negative aspect of Louisiana living out of the way first. Louisiana has hot, humid summers and mild winters. The state is subject to tropical storms, and the hurricane season extends for six months, from June through November. When it comes to New Orleans specifically, the humid subtropical climate with very hot and humid summers and mild, short-lived winters. Summers in New Orleans are relatively long with high temperatures hovering around 90°F (32°C) from May to September. You’ve probably heard from friends who have traveled there that the air is hot and sticky, like walking through pea soup. The good news is that air conditioning is a given in every establishment and there’s always somewhere to pop in for a breather.

New Orleans is known as a foodie paradise, with fine dining and historic cafes all around the city. Creole and Cajun cuisine are the most popular in the region. According to the Travel Channel website, “While both begin with the region’s ‘holy trinity’ of green peppers, onions and celery, they veer off in slightly different directions. Cajun food originated along Louisiana’s bayou. Its country-style cooking starts with a dark roux and combines French and Southern flavors in homey, filling dishes like gumbo and boudin, a spicy classic Cajun sausage. Creole food also has French influences with European and African roots, but it’s more refined with rich sauces and fresh seafood, like Shrimp Creole and Turtle Soup. Jambalaya is a popular hearty dish filled with chicken, spicy andouille sausage and veggies. It may be prepared in either the Creole style with tomatoes or the Cajun way without tomatoes. As in any good Southern town, grits are a staple, as well as okra.” You can find both delicious cuisines and more in New Orleans and in the greater Louisiana region.

The most famous festival in Louisiana is Mardis Gras, the Carnival celebration, beginning on or after the Christian feasts of the Epiphany (Three Kings Day) and culminating on the day before Ash Wednesday. This isn’t the only festival in the state, however. According to movoto.com, there are over 400 festivals annually in Louisiana, celebrating everything from holidays, to crop harvests, to music, and more.

Louisiana’s cost of living index is just 93.8. This falls just about seven percent lower than the national average. Groceries and utilities are significantly more affordable than in other parts of the country, and so is housing. While the national average home value stands at around $300,000, a home in Louisiana averages out to about $154,000.

There are other important aspects to Louisiana life that are essential to look into including the economy and job market, education, and safety. These vary greatly by city and town, as they do in most states. 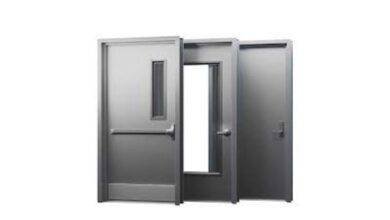 Types of steel doors for sale in Kenya